OK, don’t flip out. I don’t mean that the way it sounds; I just said it that way so you’d read my blog which you’re doing. So you have to admit that it worked.

But, in another sense, I mean it quite literally. Here’s why: the other day, I saw yet another basic training presentation about the FCPA designed to educate employees about bribery. The presentation included the following sorts of facts:

I looked around the room at the employees receiving this training. I felt I could read their minds. To the above points, they seemed to be quietly responding:

The answer to that question (“Who cares?”) is that only the presenter cared. He had an hour on the agenda, but really,there were about 7 minutes of relatable substance in the whole presentation. That substance boiled down to these key thoughts:

When you consider just how much seat time (both classroom training and elearning) has been devoted to piling on facts about the legislative and enforcement landscape in compliance – and this same point holds, of course, in the area of Fair Competition, Privacy, etc. – the sum of hours is just staggering. And if it's content about which employees (whose behavior we want to impact) are inclined to say “Who cares?”, then that adds up to something much worse than mere wasted time. 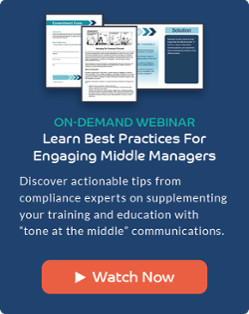 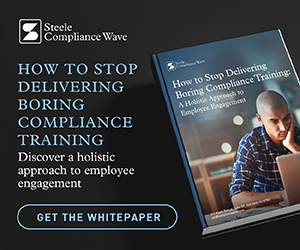